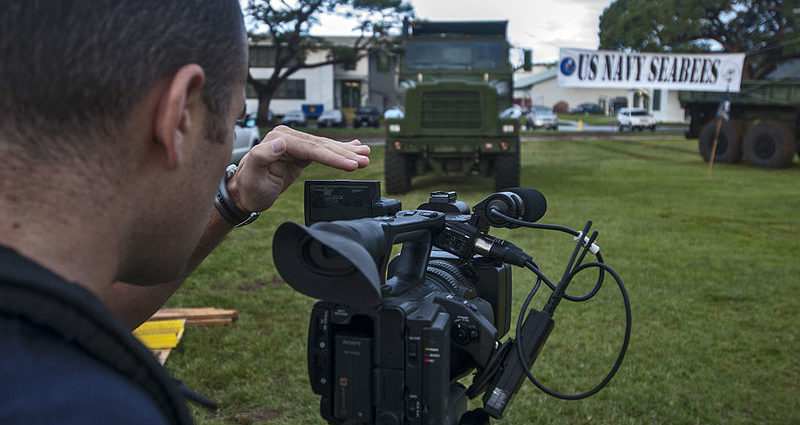 B-Roll is footage that documentary filmmakers use to make watching their films more interesting or watchable. B-Roll can range from being used to cover up an edit or cut in the middle of an interview soundbite to re-enactment footage to footage visually explaining what is being talked about.

Amateur documentary filmmakers often fail to think of creative b-roll ideas to shoot when they have access to their subjects and as a result their edits suffer. There’s no better way to turn off an audience than using dull b-roll footage. Before we list some creative b-roll ideas, let’s define a few terms first.

A-Roll is the footage that tells the main story. This could be footage of your subject being interviewed recounting an important story, or footage of the big competition that your documentary is about. If you think of a documentary film as a plate of food, A-Roll is main dish.

B-roll is the footage that makes the story more interesting. This could be the footage that you use to conceal cuts during interviews or illustrate a point that an interviewee is making, or footage that makes watching a process or illustrates a story better. B-Roll can be footage you shoot and it can also be stock footage that you license from elsewhere (often called archival footage). If a doc is a plate of food, B-Roll is the garnishes and the side salad. It may not be the first thing that you’re going to eat but the meal sure would be boring looking without it. And when you have a wilted salad, it’s not hard to tell. Having fresh b-roll is very important.

We’ve got a bunch of creative b-roll ideas. Not every one of these will work for every documentary film. Some are more bent towards character based documentaries, and others are bent more towards historical documentaries or issue based/essay style documentary films. Let’s split them into categories:

Footage to shoot with your documentary film subject(s):

Footage to shoot without your documentary film subject(s):

Types of archival footage to license:

Not getting enough b-roll – This one is pretty easy to understand. As a filmmaker, you often only have a limited time with your subject and you’re rushing and you may not realize you didn’t grab enough b-roll until you get into the editing room and you may not have easy access to your subject anymore (or funding to pay crew). How can you prevent this from happening? Brainstorm b-roll you want to get with your subject before you even step foot on set and go to each shoot with a checklist of b-roll you want to collect before you leave.

Not having enough time to shoot b-roll – Sometimes it can be a good idea to schedule a shoot with your subjects (or at your location) where you plan to focus entirely on shooting b-roll. You can explain to your subject(s) the purpose of getting b-roll and even ask them to help you brainstorm ideas of things to shoot to help tell the story. That way when you go back you and your subject will be on the same page about what you will be shooting and they can even “fake” or reenact things for you (i.e. do them just for the purpose of being filmed) if necessary.

Shooting b-roll that doesn’t look as good as it could – Often times inexperienced documentary filmmakers are in a rush to get b-roll here and there when they have a spare minute during a shoot and don’t take the time to shoot it right. We recommend shooting b-roll with a tripod when at all possible because, in theory, these should be the shots that are some of the most polished shots that you really take the time to shoot right.

How to Spice up Boring B-roll: 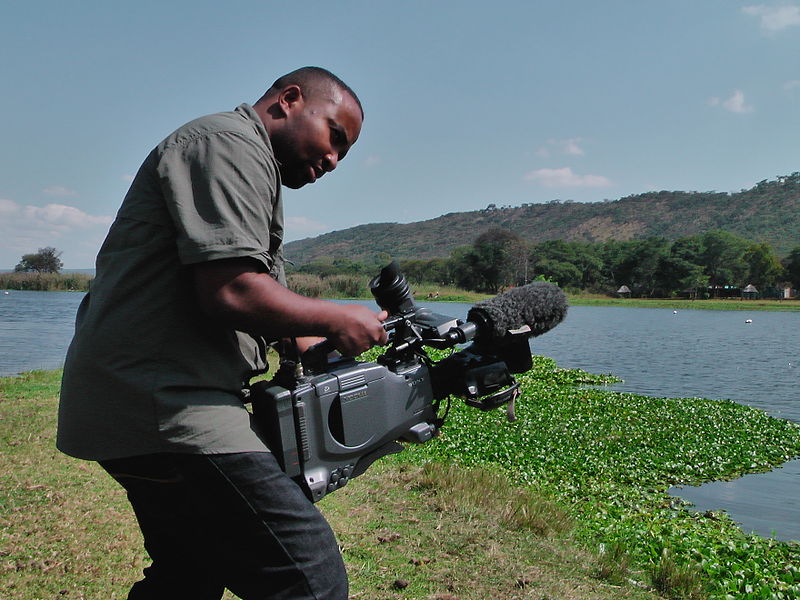 These days there are a wealth of ways to make dull b-roll footage more interesting. Here are several ideas to get some fun footage:

Mount an action camera on something – If you’re making a documentary about a person who works at a grocery store, mount a GoPro on a long chain of shopping carts to film your subject returning them to the cart return.

Give your subject a camera and ask them to film something without you – This can add a personal touch especially if your subject narrates things while they’re doing them (“Okay now I’m doing xyz…”). Or it can help establish trust with your subject or help them give you footage of something you might not be allowed to shoot personally.

Shoot establishing shots with a jib or crane – These are getting cheaper than ever and you can get neat swooping jib shots for only a couple of hundred dollars or less these days.

Similarly, consider getting drone footage of an area- Camera drones are cheaper and easier to use than ever as well. This will only really add something to certain types of films however.

Shoot B-roll footage with a slider or dolly – Sliders can be purchased for very cheap these days and the gliding footage they provide can help make your documentary more professional and “cinematic” looking. The same goes for cheap steadicams.

Shoot b-roll in slow motion – This is another great effect that many DSLRs can do now as well. Shooting at high frame rates like 60p or 120p and then slowing your footage down in post can give a cinematic or dream like look to your b-roll when you really want to expand a moment for emotional purposes (or explanatory footage in the case of fast motion like sports).

Get close. Really close. – Using close ups and extreme closeups are can be a fun way to break up the monotony of b-roll footage. Sometimes a close-up of your character doing something as boring as turning off a light switch as they leave the room can just “look cool” and provide a transitional element for your storytelling.

Get weird angles – Weird angles are your friend, especially when you’re trying to spruce up an otherwise boring topic in a cinematic-feeling way. For instance if your character types on a computer a lot, you’ve probably gotten the routine profile-facing shots of them typing from the side. And you’ve probably already gotten shots of their screen and maybe even shots from behind the computer of their face looking forward at it. But have you gotten a shot from directly behind them, of the back of their head as they type with the screen out in front of them? Have you gotten a shot from directly above them looking down? Get creative with your angles and make it a rule to always shoot something a couple of different ways so you’ll have choices when you’re in the editing room later.

Expose unusually – When you’re setting up your camera you usually want your subject to be in focus and well lit. But sometimes it can pay to mess around with your camera’s exposure settings to capture something you might have otherwise missed. Maybe that means shooting your subject indoors standing in front of a window and exposing for the outdoors so you only get a silhouette. Maybe it means shooting their reflection in a storefront window.

Go to a photography exhibit or read through a photo book – Professional art photographers are masters of composition and exposure and in some ways they have a tougher job than you do because they’re working with only one image to convey meaning instead of the 24 or 30 images per second that we work with in video. Take a field trip to a local photography exhibit at a museum or check out a book of photographs from your local library to inspire you to think of new ways to frame and compose the b-roll images you’re shooting.

Share This Article:
2016-11-27
Previous Post: Black Friday Deals on Documentary Film Equipment, Video Cameras, Lighting & More
Next Post: How to Make a Video With a White Background: A Step By Step Guide