Documentary Film Interview Technique: Should the Questions be Heard on Screen? 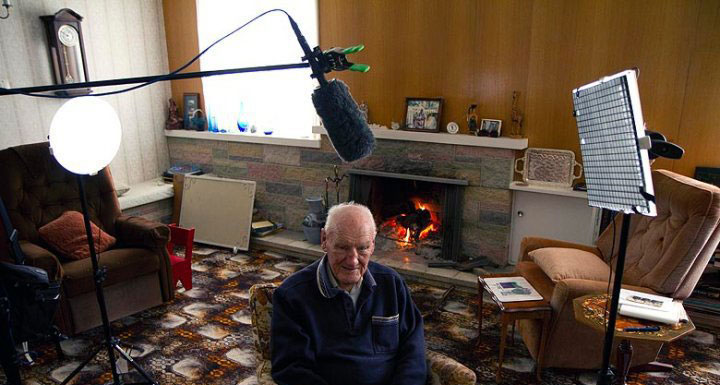 Here are two crucial questions you may want to ask yourself before you shoot the very first interview for your documentary film:

Question 1: Will the voice of the questions being asked be included and audible in the finished documentary? If so, the interviewee must be properly mic’d. (Related: Lavaliere microphones for documentary filmmaking) Whether the interviewer’s voice is heard in the film can make a big difference stylistically as well as when it comes to exposition– storytelling.

If your voice is not going to be heard on screen, the answers that the interviewee gives will need to include enough context that they will make sense to the viewer. In other words, answering questions with a “yes” or a “purple” or a “I didn’t like him at first” isn’t helpful because the audience won’t know that they are answering “yes, I saw the killer fire his gun” or “my favorite color is purple” or “I didn’t like the President at first.” So your questions will need to be specifically architected and phrased so as to provoke usable soundbites from your interviewees.

Question 2: If your questions will be heard, does this mean that you yourself, as the filmmaker, will be seen on camera asking the questions? In the old days for documentary filmmakers and tv news crews (and still today in the world of low budget local news very often) this meant/means asking the questions with your camera focused on the subject, and then after the interview is over, switching the camera angle to point back at the person asking the questions (be it the reporter or whoever) and also getting cutaways of them listening and nodding. Of course you can also do a two camera setup to get simultaneous shots, but it will probably mean you will need twice as many lights, and of course two cameras, and perhaps two camera operators. (Related: The best video cameras for documentary film)

If your questions will be heard on screen, it doesn’t mean you necessarily have to be seen however. For instance, some master filmmakers like Errol Morris have made a stylistic choice in many films to have their occasional questions audible but their face invisible. It adds up to a fascinating effect– the unseen questioner. (Related: Check out Errol Morris’ films

Hearing the interview questions aloud can provide some expositional benefits and it can also provide more context for the viewers. It may also lend itself to making the presence of a narrator (if it’s the same voice) more palatable than perhaps it might otherwise be (or at least more natural and justified). On the other hand, if you’re trying to sound neutral, you’ll have to make sure your questions are phrased in a neutral sounding way. And depending on how your questions are asked, they might come off as too informal, or on the other hand, too television-news-reporter-ish. But depending on your style or subject matter, those may be good things.

Whatever your aesthetic documentary filmmaking interview style choices and your answers to these two questions, you will need to pay some attention to how your interviews will be shot. If you choose to have your questions included in the film, you’ll need to make sure you’re wearing a lavaliere microphone. And if you don’t want your questions to be heard on screen, you’ll definitely need to make sure your interviewee answers your questions in a way that provides the context for them– full sentences and all that. And regardless of your chosen style, you’ll also especially want to make sure there’s no cross talk where you both are talking at once.

Must Have Documentary Filmmaking Accessories