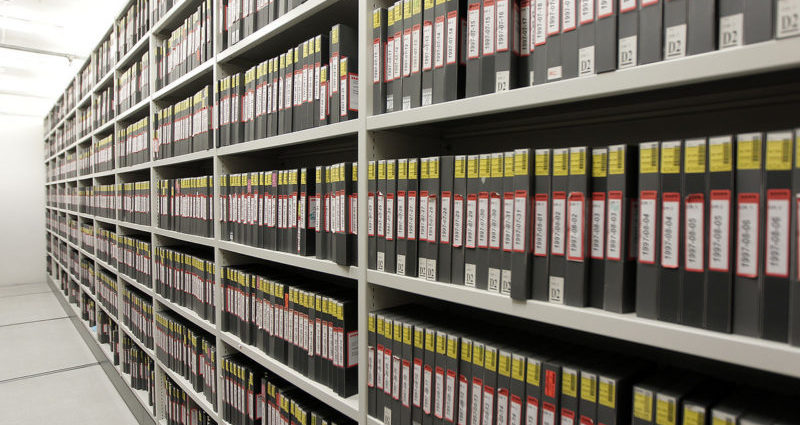 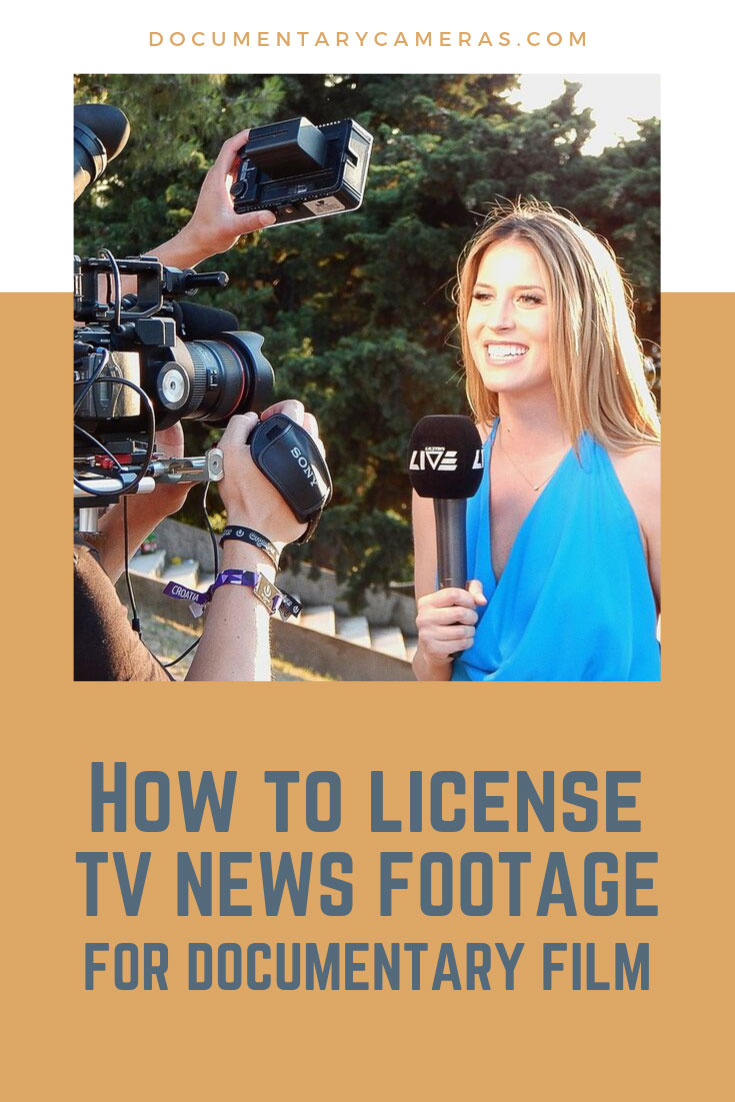 How to license TV news footage for a documentary film

To begin with, you’ll need to actually find the footage you want to license. Or, if you’ve already downloaded it from YouTube or recorded it off TV yourself, you’ll need permission to actually use it (or to obtain a higher quality version of it from the source). To get this you’ll first want to contact the television network’s licensing branch or archive department if they have one. Major national and international television networks sometimes have specialized repositories that are set up specifically to license footage to other organizations or documentary filmmakers. For instance, some well-known news footage archives are:

Some of these archives may have a way to search for and preview footage online, others may provide their own in-house research staff for your use (either for free or for a fee). Some services may charge for a screener download of temp footage you can use in your edit to preview how you might use it. This screener will often have a watermark or timecode burned in to discourage you from using the footage in your edit without paying a license fee.

Related: What is the difference between royalty free and rights managed stock photo/film/music licensing?

You can find many other tv news footage licensing bodies here. Not every news network has a licensing office or is “set up” to license their footage. Most local TV news stations, for instance, do not have any formal mechanism to license footage but if you contact the news director of the station they may be able to work out a licensing agreement with you.

How much does it cost to license TV news footage in a documentary film?

Licensing costs vary from outlet to outlet but here are some example costs. News outlets will often require you to license a minimum of, say, 30 seconds of footage, whether or not you’re actually using the full 30 seconds in the edit of your film. If you have to pay for 30 seconds you might end up choosing to use 15 seconds of one clip and 15 seconds of another just to get your money’s worth since you’ll be paying the same minimum license fee anyway.

Licensing fees will differ based on which organization you’re trying to license footage from, and what kind of project you’re working on. If you’re working on a documentary that you want theatrical distribution rights, it might be more expensive than a licensing fee for just film festivals and DVDs/streaming on demand. An all-rights in perpetuity (no expiration) deal will cost even more.

And if the footage you want to license includes a reporter speaking or on camera, it might cost you substantially more. For instance:

Michael Moore’s Fahrenheit 9/11 (2004) was famously, at the time, the most expensive documentary ever made with a budget of $6 million. A substantial amount of the film’s costs went straight to licensing the huge amounts of television news footage used in the documentary.

If all of these costs are sounding like a lot, you’re not wrong! Licensing television news footage can get quite expensive pretty fast! But there’s a loophole you might be able to use in some circumstances.

The fair use exemption in television news licensing for documentaries

Broadly speaking to use copyrighted materials in a documentary film legally under the fair use doctrine, you’ll need to do two things:

1. Make sure that your use of the material is transformative— that is to say that you’re re-contextualizing it and not just using it in the same way that the original media was used. For instance, you probably wouldn’t be able to use a clip of TV news footage reporting the facts that Nixon went to China in 1972. But you might be able to use a montage of TV news footage from 1972 in a way that comments on how his trip to China was perceived by reporters at the time (perhaps showing a bias one way or another).

2. Ideally try not to use too much of the copyrighted work, such that it eliminates the market for the original work itself. There are no hard and set rules about “using just 30 seconds for free” (please ignore anyone who says you can do that!). But judges evaluating fair use claims will generally expect you to use no more of the material than was needed to make your point.

ONE: Employing copyrighted material as the object of social, political, or cultural critique

This class of uses involves situations in which documentarians engage in media critique, whether of text, image, or sound works. In these cases, documentarians hold the specific copyrighted work up for critical analysis.
[…]
TWO: Quoting copyrighted works of popular culture to illustrate an argument or point
Here the concern is with material (again of whatever kind) that is quoted not because it is, in itself, the object of critique but because it aptly illustrates some argument or point that a filmmaker is developing—as clips from fiction films might be used (for example) to demonstrate changing American attitudes toward race.
[…]
THREE: Capturing copyrighted media content in the process of filming something else
Documentarians often record copyrighted sounds and images when they are filming sequences in real-life settings. Common examples are the text of a poster on a wall, music playing on a radio, and television programming heard (perhaps seen) in the background. In the context of the documentary, the incidentally captured material is an integral part of the ordinary reality being documented. Only by altering and thus falsifying the reality they film— such as telling subjects to turn off the radio, take down a poster, or turn off the TV—could documentarians avoid this.
[…]
FOUR: Using copyrighted material in a historical sequence
In many cases, the best (or even the only) effective way to tell a particular historical story or make a historical point is to make selective use of words that were spoken during the events in question, music that was associated with the events, or photographs and films that were taken at that time. In many cases, such material is available, on reasonable terms, under license. On occasion, however, the licensing system breaks down.

Be sure to check out the fair use best practices guide for documentary filmmakers for more. To actually leverage a fair use claim in a documentary that gets distributed you’ll probably want to hire an entertainment lawyer to write you a fair use justification letter which will detail each use of unlicensed copyrighted works in your film and write from a legal perspective why each one is justified. This detailed fair use letter will be helpful in obtaining errors and ommissions insurance which is often required for broadcast. 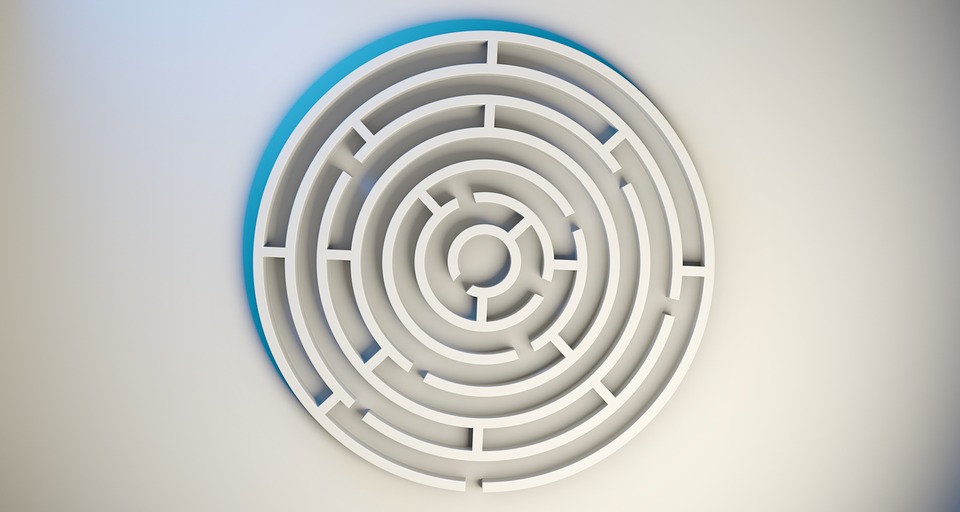 Clearly, properly licensing television news footage is not as easy as just grabbing a clip from YouTube and incorporating it in your edit. In some cases, copyright can feel almost oppressive to people creating new works. And we would argue that copyright reform is sorely needed to reduce copyright term length and more clearly formalize the fair use exemption. Mandating license fee schemes take into account profit would also help indie creators (if you’re making a short documentary on YouTube and not making any money off it, does it really hurt CNN to use a clip of theirs?).

If you’re making a documentary film that uses substantial archival footage from television or movies however there’s another ally you should consider adding to your team. An archival researcher can help you navigate the complicated landscape of licensing and sometimes save you money overall.

There’s also a fantastic book on archival researching called Archival Storytelling: A Filmmaker’s Guide to Finding, Using, and Licensing Third-Party Visuals and Music. It’s written by archival researchers and it provides you with a wealth of information about how the process works and several resources you can use to make it go more smoothly.

Share This Article:
2018-06-10
Previous Post: 8 Shirts for Documentary Filmmakers & Film Fans
Next Post: Boom Pole Stands & Boom Pole Holders: How to Set Up a Boom Mic on a Stand