What is the difference between royalty free and rights managed stock photo/film/music licensing?

What does Royalty-Free vs Rights Managed stock footage/photos or music mean?

What is stock footage or stock photography?

Stock footage or stock photography is material that you didn’t create yourself that you are using in your project after having obtained it from an outside source. Stock photo websites provide images you can license, usually after paying a fee and agreeing to terms of use (although some websites offer free stock photos).

Stock footage and stock photography (as well as stock music for that matter) generally comes in two different flavors: royalty free and rights managed. The simpler of these two is royalty-free. What does that mean?

Royalty free means that you may use the footage or photos or music in virtually any type of project as many times as you like, to be distributed in any fashion you prefer. It does not mean that the stock photos are free (although depending on which website you find them on, they might also be “literally free for download” in addition to having a royalty-free rights status).

Instead, “royalty-free” just means that you aren’t limited in how many times you incorporate the material into your projects or which types of projects you can use it in. So, for instance, you could use the same royalty-free stock song in 10 different projects. And it doesn’t matter if you’re making a TV commercial or a YouTube video. Royalty-free licensing generally means there are very few restrictions on how you use the material you’ve downloaded. You might even build up your own little private library of royalty-free stock photos or music as you make various different projects over time and find yourself re-using elements. 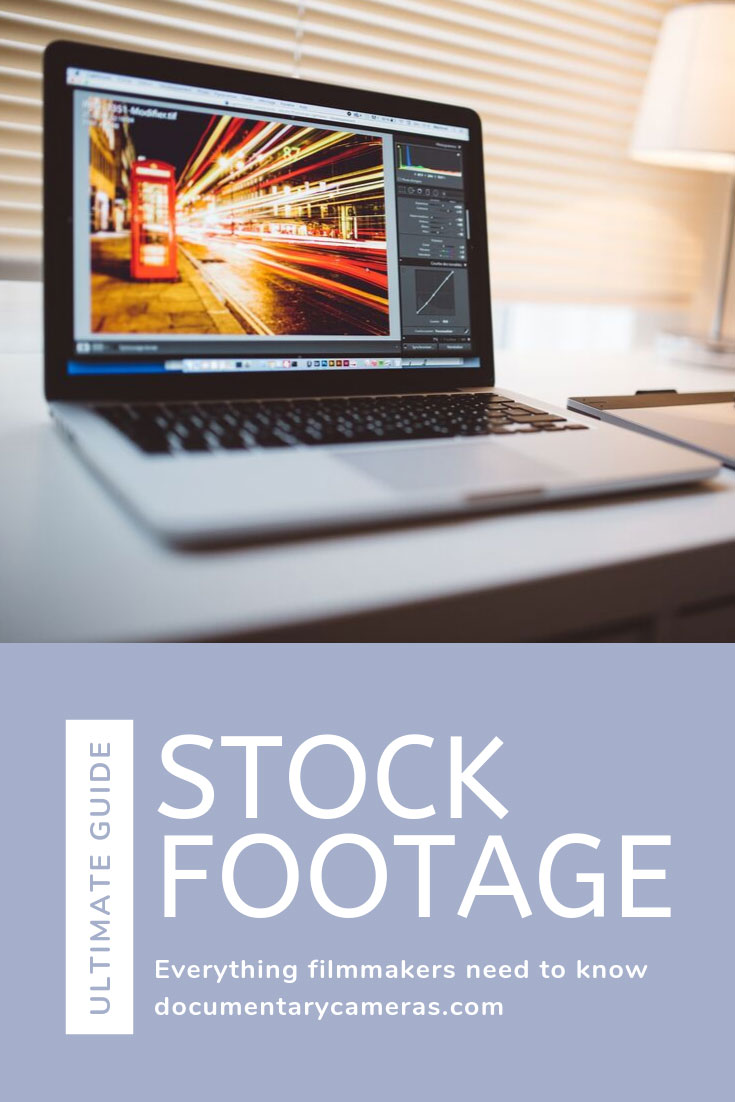 What are rights-managed photos or footage/music?

Although royalty-free stock footage/pictures and music are common, it’s also common to encounter stock materials that are available only for licensing on a rights managed basis. This tends to be more expensive in general.

Rights managed stock footage/photography etc is material that you are only allowed to use under specific conditions, subject to the licensing agreement that you are bound by. For instance, you might license a specific stock photo for use in a specific project on a rights-managed basis. You might be asked certain questions like what type of project you’re using it in and how it will be distributed before the stock photo website gives you a price for how much it’s going to cost for licensing.

Examples of rights managed agreements include:

Often times stock footage websites and so forth will offer low-resolution material for less money, while full quality footage licensed for television broadcast or films is more pricey. Licensing imagery or other material for use in advertising is often the most expensive of all, for rights managed photos, music, or footage.

What is the difference between creative licensing vs editorial licensing?

There is another important distinction that you will encounter on many websites: whether photographs or footage are available for licensing on an editorial or creative basis. Let’s break down the difference:

Creative use licensing is usually available when a photographer hires models or actors to portray any featured individuals in the footage or photographs. Since they’re hired, they’ve filled out a model release form and have agreed that the material can be used by anyone who buys a license. Stock pictures or footage that you’ve licensed under a creative use agreement can generally be used in fictional storytelling or advertising.

Editorial use licensing is less permissive. Editorial photos or footage are created when the photographer does not have the express permission of the person appearing in the imagery and thus is provided without warranty and should only be used in news or informational content. For instance, a stock photograph of the president taken by a news photographer will likely only be available for licensing under an editorial use agreement so it can probably only be used if you are publishing news reporting or documentary films or nonfiction programming.

Why is this important? Occasionally filmmakers may accidentally use editorially licensed material in a “creative use” manner that may violate the rights agreement. For instance, in one well-publicized scenario in 2019, filmmakers editing a fictional film made for Netflix called Bird Box used real-life news footage of a train wreck in their film. Because the footage wasn’t meant to be used in a “creative use” case (it was really only appropriate for editorial news distribution), Netflix had to re-edit the film to remove the shot. The mayor of the town where the train crashed in real life and 47 people died said Netflix’s use of the footage demonstrated “a lack of respect” for victims.

What does “public domain” mean?

Stock footage licensing, especially for rights-managed materials, can certainly get expensive. But not everything needs to be licensed! Some items are in the public domain which means they can be used for free without any licensing agreement needed.

Public domain footage, photos, or other material are items that are generally not eligible for copyright because of either:

Even when materials like footage or photos are not in the public domain, you may be able to use them without paying a license fee if your use falls under a limited set of exceptions called fair use. For more information and examples of the Fair Use Doctrine, at least as it relates to documentary filmmakers, check out the Documentary Filmmakers statement of best practices in fair use.

What are the rules for using footage on YouTube? YouTube has a content recognition engine that can identify many types of copyrighted material although it will not be able to tell if you’ve properly licensed the footage or songs or are using them unlicensed. If you get a copyright strike or a copyright notice on YouTube, you’ll be able to file a dispute if you have indeed licensed the material. If you haven’t licensed the material, YouTube may take the video down or monetize your video for the copyright holder by putting an advertisement on the video page with the revenue going to the owner of the copyrighted work you infringed upon. Repeated violations may eventually subject your YouTube account to deletion.

What other factors should I be aware of when licensing copyrighted material? One other factor you will want to pay attention to is the term of the license. Royalty-free agreements are generally permanent, while rights managed license agreements may be limited in time (for instance for 1 year or 5-year terms after which it would need to be renewed).

How much does stock footage or photos cost to license? The cost of licensing footage of photographs can vary wildly depending on how rare of a photograph or footage it is, plus how old the material is, plus how you want to use it (in a commercial vs in an indie film for YouTube), plus how long you want to use it for (permanently vs getting a 5 year rights window). It won’t surprise you to learn that the more unique a piece of footage or photograph is, the higher a price the licensor can demand.

Here are some sample footage/photo licensing costs, although there is quite a wide range and these costs may be far higher or lower for particular pieces:

$5,000 – rights managed cost for licensing unique photograph of a well-known celebrity at a particular event

$25 – generic b-roll footage of the Eiffel Tower in Paris