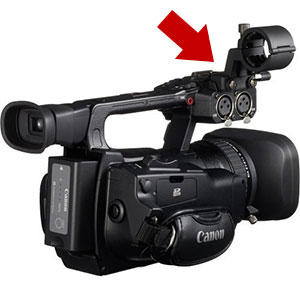 Documentary filmmakers often need to use boom microphones or lav microphones to their subjects to get adequate sound. XLR inputs (pictured on the left on the Canon XF100

) are ideal for documentary film cameras, but even if your camera or DSLR doesn’t have XLR inputs, you can often use an XLR breakout box

to plug in professional XLR-based microphones. 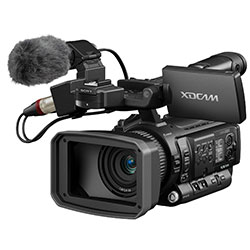 Sometimes in the midst of a fast-paced volatile situation, filmmakers need to turn on autofocus, even if they usually shoot in manual focus mode. This means most DSLRs are not ideal, since the majority of them are manual focus only in video mode (though the Panasonic LUMIX DMC-GH4

and its lower-priced predecessor, the GH3

are notable exceptions that do have autofocus). The camera pictured to the left is the Sony PMW150 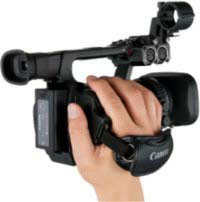 Documentary filmmakers often find themselves following subjects for an entire day in the life, and that also means lugging gear around. So weight is a major area of concern, more so than for narrative filmmakers taking a more leisurely pace with a larger crew that might only nab a few shots in a day. (The diminutive camera to the left is once again the Canon XF100

which features all sorts of advanced manual controls but also fits into your hand.) Another consideration for documentary film cameras is whether or not the camera can be easily camouflaged as a tourist’s still camera, in situations where video is not welcome. Some documentary filmmakers are picking up DSLRs for this very reason. 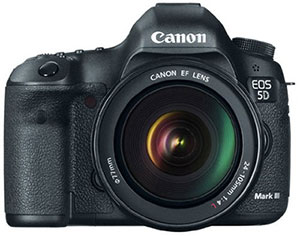 Let’s face it: documentary filmmakers often find themselves in situations where there isn’t adequate light, but there’s no time to add light to the scene, or it’s not even possible to in the first place. This might happen when you’re following your subject down a dark alley, or sneaking around to get footage of a corporation polluting in the middle of the night, and using an on-camera LED light

just isn’t an option. So cameras with large size sensors that can capture more of the available light (even if it is low) can really come in handy. In this regard, DSLRs for documentary filmmaking (like the Canon 5DM3

pictured at left) can be a blessing, because their ISO can often be cranked up quite a bit and still provide usable footage. 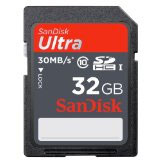 Many years ago narrative filmmakers could get away with using cameras that documentary filmmakers wouldn’t even consider, like the Panasonic HVX200

. Not because its footage wasn’t awesome– it was– but because it was limited to shooting on extremely expensive P2 cards, and each card could only shoot a small amount of video before it had to be swapped. Today, luckily, documentary filmmakers have access to plenty of video cameras to choose from that shoot on readily available cheap formats like SDHC cards

that can record for hours without needing to be swapped. So you’ll definitely want to make sure you grab a camera that shoots on a widely available format that’s inexpensive enough to stock up on plenty of cards before you go out shooting.