Pictured above: a documentary film camera.

In this article we’re going to break down several different types of specialty video cameras and still camera types, explaining what each one is used for. 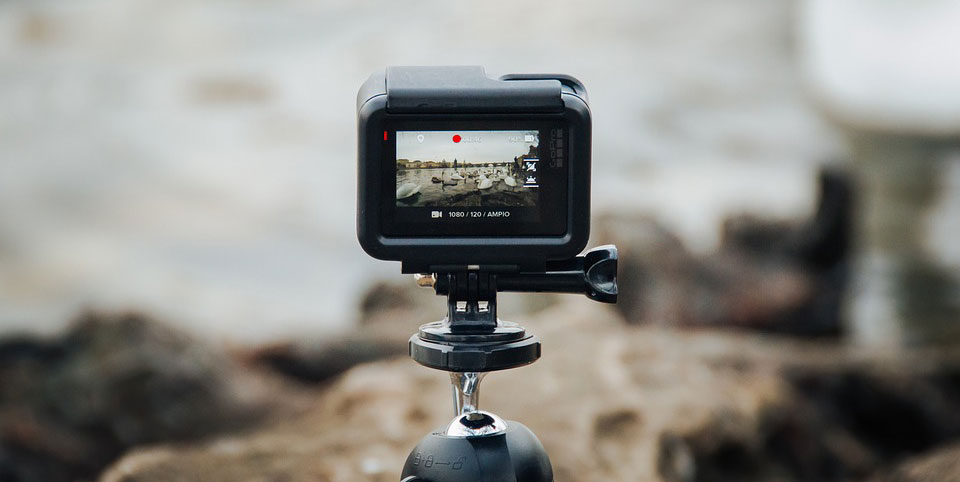 Action cameras – Action cameras like GoPros are small high quality mountable cameras that can go anywhere. For instance they might be mounted to a dirtbiking helmet or even the underside of a skateboard. For more about action cameras, check out these articles: GoPro comparison chart, Which is the Best Go Pro Camera to Get? Which GoPro Should You Get? A Buyers Guide

Cheap action cameras – A variety of companies have been working to replicate high quality GoPro action cameras for a cheaper price. These cheap GoPro style cameras often shoot high quality video for a fraction of the price of their higher priced name brand competitor. See this related article What is The Best Action Camera Under $100? for more.

Firefighter helmet cameras – Firefighters sometimes mount cameras to their helmets to capture footage of them doing search & rescue work. The specialized cameras that are used for this purpose have to withstand both heat and water as well as be quite rugged. For more, visit this article on fire helmet cameras.

Cameras for Specialized Use Cases

Timelapse cameras – Timelapse cameras essentially take one photograph at long intervals and stitch them together into a video, hence timelapse or “interval recording.” This results in “fast motion” video. Timelapse cameras can often be configured to record at different speeds and often can be mounted on tripods.

The best camera for makeup artists is often a DSLR because it’s easy to operate and can provide shallow depth of field. These are useful for beauty vloggers. See this article on the best makeup camera.

360 Cameras – 360 degree cameras capture video in an especially wide field of view– 360 degrees! This is becoming increasingly popular for virtual reality or “VR” use. These cameras often work by combining two or more wide angle lenses on opposite sides of the camera body. For more on how they work, see this article: 360 Degree Videos & Photos

Drone cameras – Drones are like mini-helicopters that typically use several rotor blades that spin. They are remote controlled and often have cameras mounted on them to get “aerial” photography or video capture. Some advanced drones have cameras that simulatenously transmit video to the remote control so you can see the drone’s eye view as you fly it. The Best Cheap Drones with Camera for Under $100.

4K Video cameras – 4K video cameras capture extremely high resolution video, roughly double the size of normal 1080p high definition video. 4K video can be useful for high end video distribution in movies and television and it can also be cropped if it’s being delivered in 1800p mode, allowing the editor to “zoom” in after the footage has been shot. See our related articles on the cheapest 4K video cameras and DSLRs that shoot 4K video.

Camcorders – Camcorders are small and easy to use video cameras for personal use. People use camcorders to record kids soccer games or opening presents on Christmas morning.

Driving & Dash Cameras – Dashboard cameras are video cameras that are mounted inside your car pointing to record the driver’s view as they travel. Dash cams are especially popular in Russia where car insurance works a bit differently but they’re becoming increasingly popular in places like the United States as well.

Action cameras for hunting – Hunting cameras often attach directly to rifles or bows. Some work with night vision and high speed recording modes and will come with their own mounting gear. More: What is the best action camera for hunting?

Deer cameras & trail cameras – Trail cameras typically attach to a tree and are left out in the woods for days at a time. Advanced deer cameras can be set to only record when there is motion (motion activated) and can be used to figure out where game is located for hunt planning later.