In this article we’re going to break down several different types of specialty video cameras and still camera types, explaining what each one is used for.

Boom Poles – Boom poles are extendable rods that hold a shotgun microphone as close as possible to the people speaking or the place where the sound you want to capture is coming from. Handheld boom poles are typically used to suspend a shotgun microphone directly above people speaking (with the mic just above the frame line so it doesn’t get into the shot). For help choosing a boom pole, see our article: Best Boom Poles for Filmmakers. Boom poles can also be connected wirelessly to your camera using wireless boom pole transmitters.

DSLR shotgun microphones – DSLRs have notoriously bad on-camera mics so an additional microphone is almost always needed to capture good sound. DSLRs typically have 1/8th inch or 3.5mm audio input jacks instead of full sized XLR audio inputs. Thankfully a plethora of microphones has been created to fill this specific need. See our article: Best DSLR Shotgun Microphones for shotgun mics specially designed for DSLR use. If you get a specific type of adapter you could also connect a shotgun microphone to a DSLR. See also: The Best DSLR XLR Adapters for Sound. 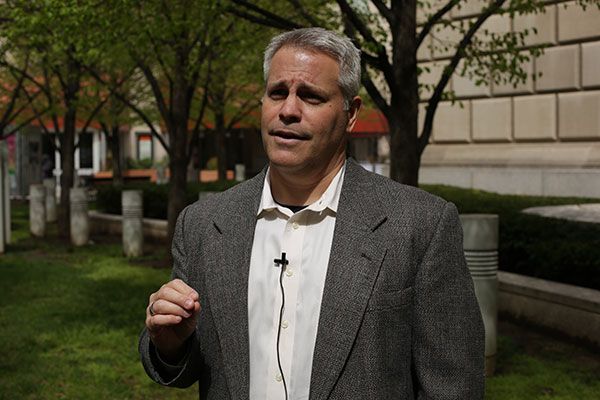 Lavalier microphones – Lav mics are small microphones that are placed on a person’s body to capture sound. Often times lav mics consist of a small microphone attached to a cable attached to a transmitter box which is then wirelessly linked using radio frequencies to a receiver box which is connected to a camera with a cable. Wireless lavalier mics are the most common form of lav these days but wired ones do still exist too. Lav mics are used in both fiction and nonfictional films although they’re hidden when used in fictional Hollywood movies. For more, see Ultimate Guide to the Best Lavalier Mics as well as our article on the The Best Lav Mics for Documentary Film.

Lavalier mics for DSLRs – Because the receiver pack of most conventional lavalier microphones only have XLR outputs, they’ve traditionally be hard to connect to a DSLR camera that doesn’t have XLR inputs. That’s why a new group of DSLR lavaliers has come out. Of course you can also use a XLR adapter for DSLR cameras.

Microphones for voiceover – Condenser microphones are often the mics used for voiceover purposes. This is because, in a nutshell, they’re often higher quality than any other microphone and can capture a wider range of the human voice. However, because they require more power to run and they’re more “fragile” than other types of microphones like shotgun mics, they are saved for studio use only. Condenser mics are also often used for recording music vocals. See our related article: What are the Best Voiceover Microphones for Narration?

XLR Audio Adapters – XLR is one of the main professional interface standards for film and video audio. Because not every device has an XLR input or output, there are a range of XLR adapters you can use to hook things up properly. Find more Audio adapters and converters here.

Guide to the Types of Video Cameras